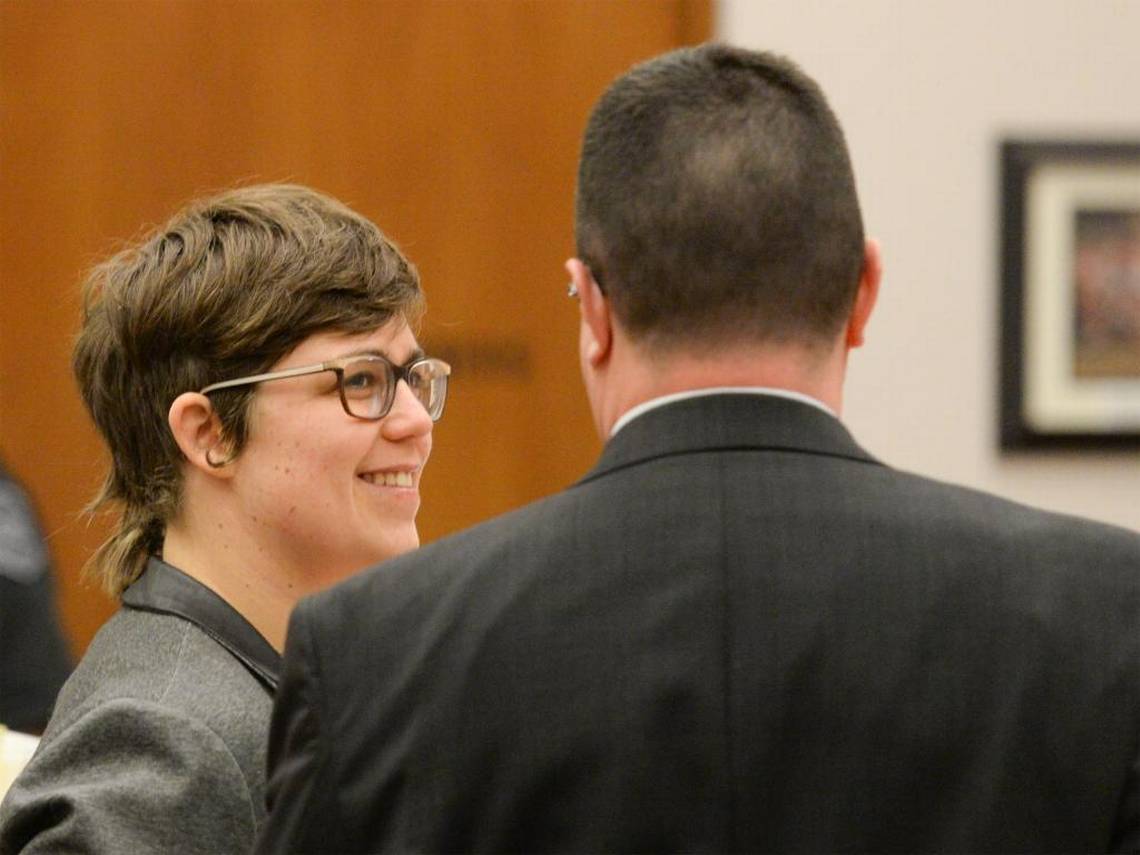 The seven people prosecutors say blocked Interstate 5 that allegedly caused a rollover injury crash in February 2017 will not go through a jail booking process.

Deputy prosecuting attorney Erik Sigmar asked the Whatcom County Superior Court for the defendants to be booked into jail and released so they could be fingerprinted and photographed, but defense attorney Adrian Madrone objected.

Madrone said normally when defendants are charged with misdemeanors, they are handled in District Court, rather than Superior, and don’t have to go through the jail booking process – Court Commissioner Pamela Englett ruled in favor of the defense.

Trial has been tentatively set for April 30 for all three.

The arraignment for Karly Alexandra Storms, 24, was moved to April 20 because she is out of the country, according to her attorney.

The other three, Michelle Janine Vendiola, 50, Michael Melchor Vendiola, 50 and Erasmus Hamilton Baxter, 22, will be arraigned at 9 a.m. on Feb. 23.

The seven were charged Jan. 30, just shy of a year from the incident. Sigmar said it took awhile to file charges because of the amount of time it took to get information from Facebook and complete the investigation.

Prosecutors had filed warrants to search the Bellingham #NoDAPL Coalition Facebook page to identify the demonstrators, with one warrant successfully challenged by the American Civil Liberties Union for being too broad and unconstitutional. Eventually the Court of Appeals ruled it would deny a discretionary review of the case and would not stop the warrant. The decision became final Jan. 5 and information was turned over from Facebook.

About a year ago, on Feb. 11, around 100 demonstrators blocked the northbound lanes of Interstate 5 just south of the Lakeway Drive exit for about an hour to protest the federal government’s handling of the Dakota Access pipeline.

The charges indicated that Baxter, Semanko, Fry, Seward and Storms slowly drove five vehicles and eventually stopped them, blocking all lanes of traffic and the shoulders. The demonstration caused a 4-mile backup which stretched to a blind corner where the speed limit changes from 70 to 60 mph, according to court records.

A three-car collision occurred and two drivers were injured and taken to the hospital. Damage was caused to all three vehicles, totaling one, according to charging documents. One of the drivers was cited for following too close.