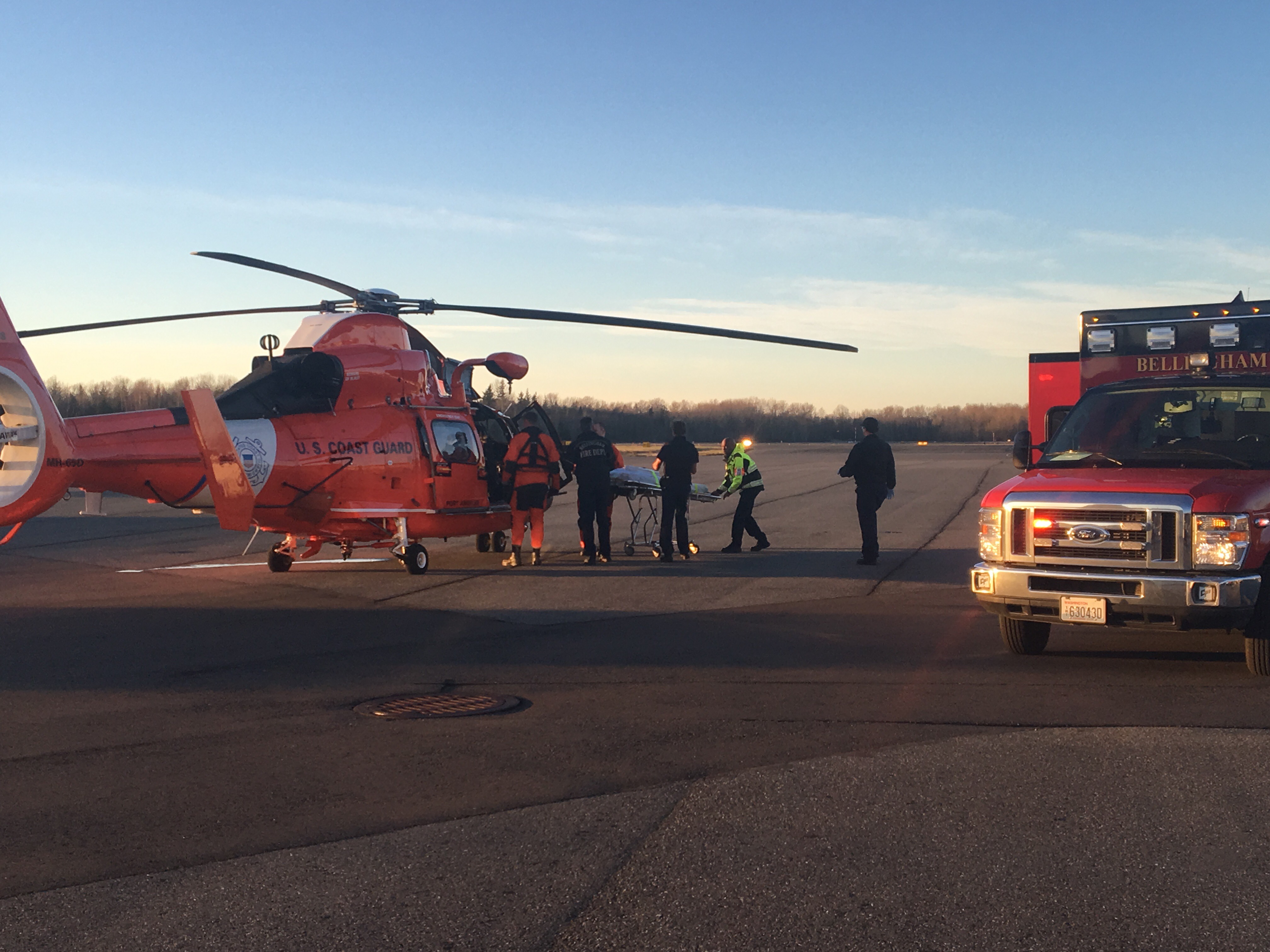 Aviation reporter Jeffery Lustick was at the scene and reports the helicopter came in fast.

Bellingham Police say the Coast Guard responded to someone capsized in a kayak. Lustick says they believe he may have been collecting crab pots.

Upon arriving at the airport the victim was unconcious.

Bellingham Fire met the Coast Guard when they landed and transported the victim to a local hospital.